Ladies First: Salt-N-Pepa - Everybody Get Up (Get Up)

Old School Flyer Of The Month 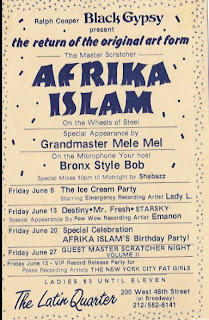 Nas is definitely a different type of cat…tell us what you think about the song and video in our forum.

New Classics: Nas- The World is Yours

For those who missed it , here's the footage of Alicia Keys with SWV, EnVogue and TLC at 2008 BET Awards. Some might argue what does this have do with Hip Hop?

But just remember, LL Cool J lifted the baseline from EnVogue's "Hold On" for the "Boomin Systems." Before Mariah Carey hooked up with Old Dirty Bastard for “Fantasy” remix in 1995, SWV worked with the Wu-Tang Clan in 1994 for the "Anything" remix and TLC basically was an R&B/Rap version of Salt &Pepa.

Besides, anytime I have chance to put Terri Ellis (EnVogue) and Chili (TLC) on the blog , I'm going to take it. Enjoy!

Flasback Video: Brand Nubian - Love Me Or Leave Me Alone 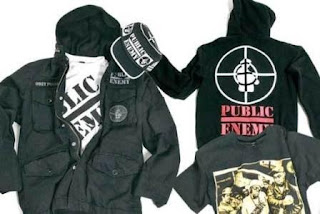 Side Hustle
By Aneesha DuBois

The state of our nation has people holding tight to their money, especially when it comes to “extras” that will go in our closet.....

Courtesy of AllHiphop.com
Posted by Kaz at 5:16 PM No comments:

Health Break: 25% Of Adults in NYC Infected With HIV 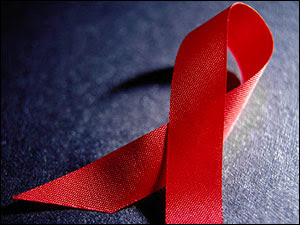 A NYC Health Department study finds that more than 25% of adult New Yorkers are infected with the virus that causes genital herpes, compared to about 19% nationwide (which can double a person's risk for contracting HIV.) Among New Yorkers, the herpes rate is higher among women, black people and gay men. Courtesy of urbanworldwireless.com
Posted by Kaz at 3:11 PM No comments:

Here's the third version of Kanye West's "Flashing Lights", which has a horror slant.

This is a historic time in American politics and if you missed it, here is Senator Obama's Democratic Nomination Victory Speech 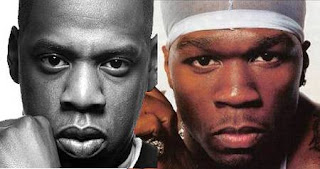 Below are two links about the business savvy of Jay-Z and 50 Cent. The Jay-Z link (courtesy of Jason "Jay" Mohawk corporatetakeovermag.com) talks about Hova's rise from street huslter to corporate hustler.

The 50 Cent article (courtesy of Michael Miraflor of Clickz.com) cites how Curtis is brillantly using online videos to increase loyalty for the 50 Cent brand.

Even if you are not a fan of Jay-Z or 50 Cent,these articles are an excellent study in business, no matter if you are a rap fan or someone who wants to be an excutive. ---Kevin Lockett

The Corporate Takeover of Jay-Z
http://corporatetakeovermag.com/2008/05/28/the-corporate-takeover-of-jay-z/