Wordsmith - Season Of The MC / Beg For Mercy

The second track is called "Beg For Mercy" produced by Strada, which is an unreleased track from the feature film "75" that was never released two years ago. It was slated to be scored by Wyclef Jean and feature new music from Chubb Rock as well.

MC Lyte-Rockin With The Best

DOWNLOAD: Del The Funky Homosapien & Tame One - Special Mediafire
Posted by Kaz at 7:48 PM No comments:

Admit it, you were trying to dance like Hammer back in the day.

As The World Spins DJ Premier Interview! from DJ Hotsauce on Vimeo.

Rare Flava: Redhead Kingpin & The FBI - Do the Right Thing

This tee by Motivation (Mick Boogie’s store) pays tribute to 2 of the 3 founding members of Slum Village. The proceeds from the shirt will go towards the families of both Baatin & J Dilla. Order here.
Posted by Kaz at 9:18 PM 1 comment: 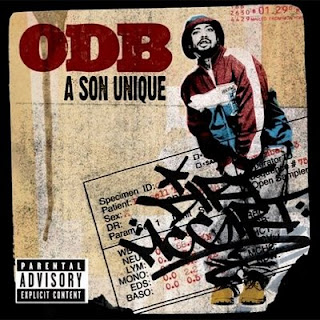 (ourkitchensink.com)
Just before Dirt McGirt’s untimely passing, he was signed to Rocafella Records and recorded an album. Looks like this album slipped through the cracks as Dame Dash and Jay-Z jostled for position, and negotiated how many new white t’s each was entitled to receive.

Apparently, the record is set to be released November 7th to commemorate the 5 year anniversary of ODB’s death. Why not crack a 40, grab the link card, ane enjoy it now.
DOWNLOAD - A Son Unique
Posted by Kaz at 8:04 PM No comments:

Stephen A. Smith Sounds Off On Glenn Beck For Calling Obama A Racist

Flashback Flava: Gang Starr - Just To Get a Rep

Labels: Gang Starr, hip hop flavas, Just To Get a Rep, keepers of the art, waps

If you didn't have a high top fade, you wanted one, right? 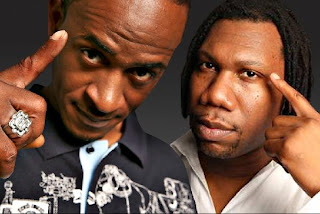 As far as I could tell, everyone who attended the first Hip Hop Showcase at Lock 3 Park last year had a darn good time partying with headliners Doug E. Fresh and Slick Rick.

The 2009 edition of the Hip Hop Showcase will take place on Sept. 5 and will feature three more emcees from the ''true-school'' era with KRS-One and Big Daddy Kane. Also on the bill will be Buckshot.

''Blastmaster'' KRS-One, aka the Teacher, gained fame as half of Boogie Down Productions with the late Scott LaRock. He has been one of the more stridently ''conscious'' voices in hip-hop, always trying to keep the culture on the path of positivity, and produced at least two of the genre's classic albums in Criminal Minded and By All Means Necessary.

The B-I-G D-A-Double D-Y K-A-N-E was once considered one of hip-hop's top wordsmiths and, just as KRS-One, was a big influence on young rappers. His debut album, Long Live the Kane, went gold, which was still a pretty rare feat for hip-hop in 1989 and featured several classic joints such as Raw and the Heatwave sampling Ain't No Half Steppin'.

Buckshot was the rapper for the group Black Moon, which had hits with How Many Emcees and Who Got the Props. As a solo artist, he never found the same commercial success but is still producing. His most recent single is with KRS-One and is called Robot, a raging indictment of the dominance of autotune (released shortly before Jay-Z's Death of Autotune in case you're keeping score) in commercial hip-hop.

For more information on the Hip Hop Showcase go HERE
Posted by Kaz at 11:53 AM 1 comment:

AllHipHop.com has confirmed that Baatin (Titus Baatin Glover) of Slum Village has passed away.

While no details are available regarding cause of death, the veteran rapper's body was found early this morning in the 1400 block of Detroit's Anglin Street.

The body was then transferred to the Wayne County medical examiner's office, where Baatin's next of kin made a positive identification.

Friends of the rapper have been sending out condolences via Twitter throughout the day. “R.I.P. baatin of slum village forever,” wrote singer Dwele on his page.

In a summer filled with celebrity deaths, producer 9th Wonder advised fans to remember artists while they are still living.

“RIP Baatin of Slum Village; let’s celebrate our people while they are here,” 9th reflected. “We are losing folk.”

Baatin was the founding member of the group Slum Village, along with J Dilla and T3.

In 2002, Dilla left the group to pursue a solo career, and lyricist Elzhi was added. Baatin himself left the group before the release of their 2004 LP Detroit Deli after being diagnosed with schizophrenia.

The group experienced further hardship when musical backbone J Dilla passed away in 2006 following a long battle with Lupus. Earlier this week, T3 had confirmed with AllHipHop.com that Baatin had rejoined the group.

“The whole thing is I felt like the fans wanted Baatin to come back. And I felt like I really didn’t want to do another album without Baatin. I wanted his energy,” T3 explained. “I found him and he was ready. He seemed like he had his stuff together. So that’s how the whole wheel started spinning for this new Slum Village album because basically, for the last couple of years, we dropped an album but we were going through a lot of depression. Dilla passed and then Proof passed. I really didn’t feel like doing no music. I wasn’t inspired. I was really just going through my thing.”

Brooklyn emcee Talib Kweli was also at a loss regarding the recent passing, revealing that partner Hi-Tek was set to DJ for the group tonight.

“I’m at a loss right now,” Kweli stated on Twitter. “Hi-Tek was set to dj for Slum Village tonight. RIP Baatin. More influential than you can imagine. Slum Village forever.”

Baatin was 35 years old at the time of his death.

At press time, there has been a public remembrance gathering set for Sunday (August 2) at the Elements Gallery, located in Detroit on 2125 Michigan Ave.

AllHipHop.com will continue to develop this story as more details emerge.
Posted by Kaz at 8:29 PM No comments: